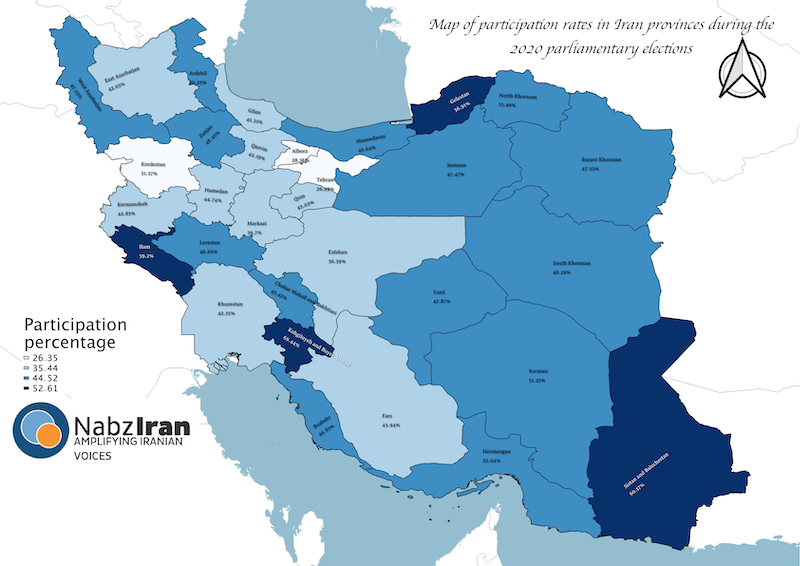 On February 21, 2020, Iran held its 11th parliamentary elections since the foundation of the Islamic Republic in 1979. Voter turnout - at around 42 percent - was the lowest since 1979. The low voter turnout could be the result of a wide variety of reasons: widespread dissatisfaction about economic conditions, domestic and international political issues, recent crackdowns of protests, the mishandling of the Ukrainian airplane accident, diaspora groups’ anti-election campaigns, heavy disqualification of pro-reform groups, and the recent spread of the Coronavirus to Iran.

The lack of participation was not uniform across the political spectrum, however. Voter turnout among pro-reform individuals was low, whereas voter turnout among conservatives was much higher. Pro-reform turnout was low due in part to the Guardian Council’s disqualification of 7,000 moderate and reformist candidates from the election. The actions of this conservative, appointed council helped ensure that the new parliament would be overwhelmingly conservative.

In a breach of tradition, the Ministry of Interior (MOI) decided not to release turnout figures at the constituency level. Access to the MOI website was also limited in the days following the election, especially for users from outside Iran. This undermined the transparency of the electoral process and trust in the government to accurately report the election results.

The below map was created based on unofficial participation data and shows turnout percentages by province. The turnout rate differed widely across the country, with Tehran the lowest at 26 percent.

Nabz-Iran has not been able to verify the authenticity of the source of this data, however, this seems to be the most accurate data available within the community.

Nabz Elections Central 2020
An Introductory Primer on the Election Landscape in Iran
Infographic: The Election Cycle
Making Sense of Iran’s Administrative System and Divisions
Campaign Finance Transparency in Iran
Percentage of women in parliaments across the MENA region - between 2000 - 2020
Game: Protect Your Vote - Iran
Candidates’ Agents - Guide to Election Day
Tips and Tools: Choosing a Candidate for the Iranian Parliamentary Elections
END_OF_DOCUMENT_TOKEN_TO_BE_REPLACED